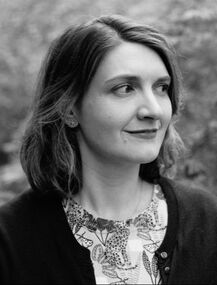 I teach in the Department of English at Southern Methodist University. My scholarship tracks the global trajectories of modern theater and performance, with an emphasis on British and American drama in the twentieth and twenty-first centuries. Additional research interests include gender and sexuality, diaspora and migration, and the history of philosophy. My work has appeared in venues including Theatre Journal, Modern Drama, Theatre History Studies, American Theatre, The Year's Work in Critical and Cultural Theory, and Modernism/modernity ​Print Plus. My current book manuscript, Profaning Acts: The Drama of Religion on the Modern Stage, explores how Anglophone dramatists became newly fascinated with religion after the turn of the twentieth century, and demonstrates how playwrights' investigations of religious belief drew them into vexed encounters with global performance practices.

In 2017, I earned my PhD from the Department of English at Harvard University, where my work received the Howard Mumford Jones Prize. At Harvard, I taught in the Department of English, the Program on History and Literature, and the Theater, Dance, and Media concentration, and I was awarded multiple Certificates of Distinction in Teaching. Additionally, I have taught at Emerson College, the College of the Holy Cross, and the University of Virginia. From 2013–2016, I served as the Executive Director of the Mellon School of Theater and Performance Research at Harvard, where I was also Assistant Director from 2012–2013. I am currently the Book Review Editor at Modern Drama.